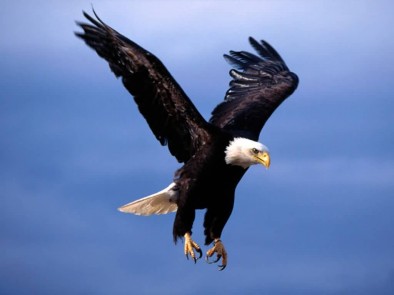 Last week we began an all-month long feature on Southwest Florida wildlife, with our entry about the Bottlenose Dolphin! Our Double Sunshine sightseeing and nature watching cruise offers our guests an opportunity to observe some of the amazing wildlife that resides here in Naples. This week we’ll be talking about another very common sight aboard the Double Sunshine — The American Bald Eagle.

As highly evolved “apex” predators, Bald Eagles are truly kings among birds. Typically, these eagles are three feet tall, have a wingspan ranging from six to eight feet, weigh nine to ten pounds, and can live up to 40 years! The term “Apex” predator means that these predators are not preyed on themselves, making them top of the food chain within their ecosystems. Their diet consists primarily of fish – which is probably why they live here in Naples, Florida year-round!

Here are some other cool facts about the American Bald Eagle:

This week’s blog entry is especially meaningful given the occasion – Today is Veteran’s Day! The Bald Eagle has been one of the strongest visuals in United States symbols. You can find the Eagle on the Great Seal, the President’s Seal, and on many forms of U.S. currency:

From its striking visual appearance, to its size and highly evolved hunting skills, to its signficance in United States history, the American Bald Eagle is definitely on of our favorite animals in Southwest Florida Wildlife. If you want to see some of Southwest Florida’s wildlife first hand, which could very possible include spotting a Bald Eagle, be sure to give use a call at 239.263.4949 or visit our website at CruiseNaplesFlorida.com to book your next adventure! 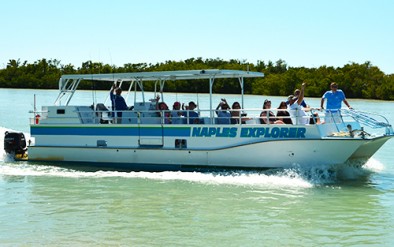