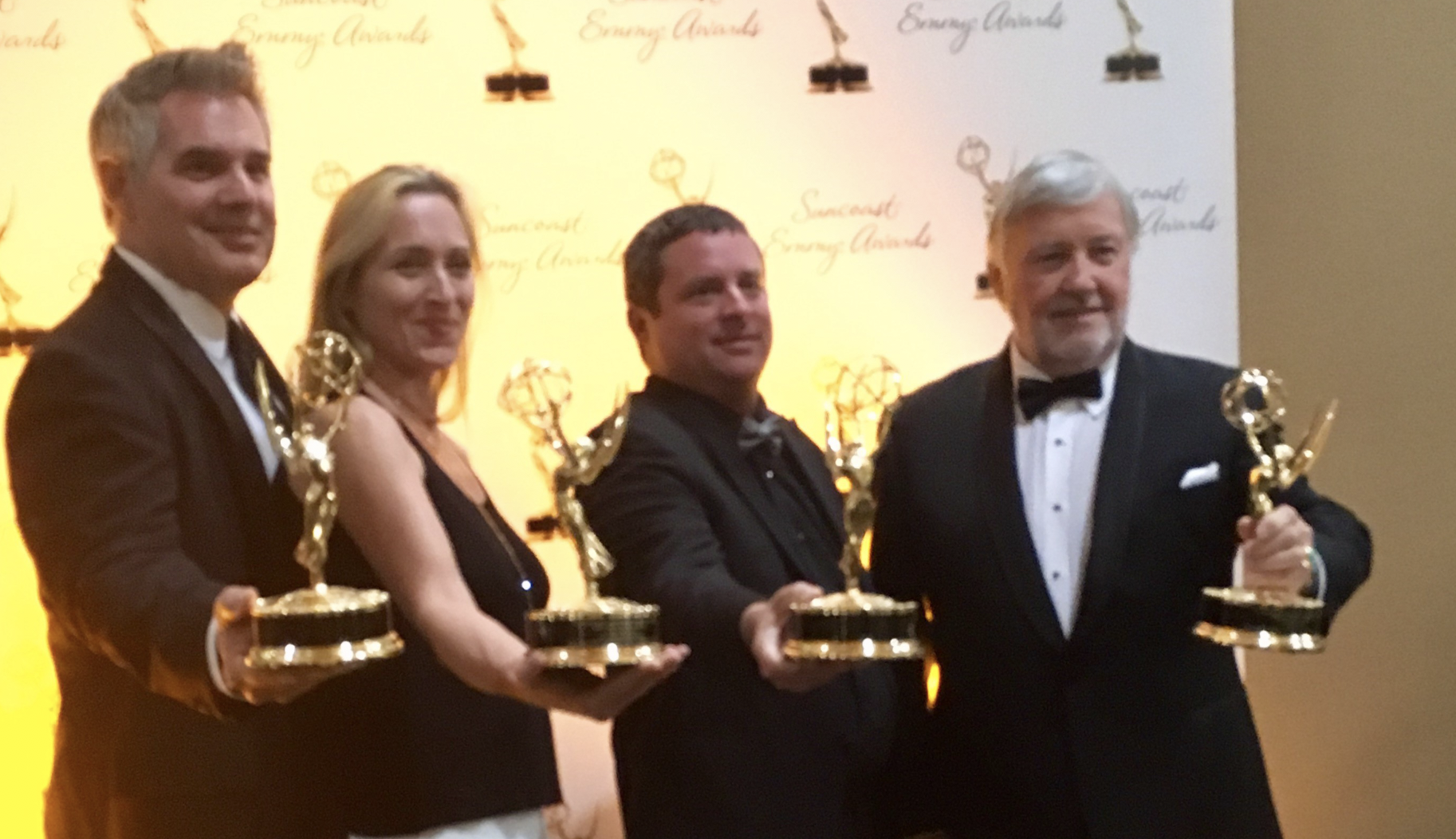 The one-hour documentary film follows a visionary’s quest to secure BP disaster funds, rally community support and deploy 18,000 tons of concrete to create 36 artificial reefs along Florida’s Paradise Coast. Paradise Reef captures the mission and passion of attorney Peter Flood and Economic Recovery Task Force Chair, Diane Flagg as they led the citizen’s initiative to secure $1.3 million in BP disaster funds and bring together Collier County, the City of Naples and the City of Marco Island to support the artificial reef project. Through the funding received from the Collier County Tourist Development Council and private donations, the documentary film and project were completed without the use of taxpayer dollars.

In order to raise awareness of the project and chronicle the efforts of the project supporters, the documentary film Paradise Reef was created. The film was produced by Pure Image Productions, a collaboration between executive producer and aerial coordinator, Capt. Harry Julian and executive producer and marine coordinator Capt. Lance H. Julian, co-founders of Pure Florida and Marine Team International, co-producer Barb Frederick, filmmaker and director John Scoular and line producer Madeline Scoular. WGCU TV served as the distributor and presenting station of the documentary film, with WGCU’s Barbara Linstrom as consulting executive producer of the film. Paradise Reef first aired on WGCU and WLRN TV in June 2016.

The film features extensive underwater footage by world-renowned cinematographer Andy B. Casagrande, exploring the diverse habitat created by the reefs and offering a fish-eye-view of the life on the reefs one year later. Through captivating aerial footage and in-depth interviews, the film also shows the symbiotic relationship between, and the natural beauty of the Everglades, the Ten Thousand Islands, the Gulf of Mexico and Collier County, Florida. The film also features interviews with Clyde Butcher, iconic Everglades photographer, Dr. Heywood Matthews, professor of oceanography and experts from NOAA, Rookery Bay, and many more.

“The Paradise Reef film demonstrates how the actions of few can ensure a rich and diverse fish habitat and ecosystem for generations to come, and we are honored to receive such high recognition from The National Academy of Television Arts & Sciences’ Suncoast Chapter for a documentary that showcases our unique eco-system and the importance of preserving Southwest Florida’s natural environment,” Harry Julian said. “We are grateful for the support of our local government and community, as well as the continued efforts of the entire Paradise Reef team and the cast, crew and valued community partners that brought this project into fruition.”